If you're interviewing for product management roles at Uber, a key step in your preparation should be understanding the core trends in their business.

To help, we've assembled an Uber data pack, sourced from financial leaks to the WSJ, Uber's own press releases and announcements and industry coverage. NOTE: The numbers below are estimates, built off of the best publicly available information coupled with our extrapolation.

Why does knowing the Uber metrics help in PM interviews?

However, it's very likely that certain interview questions will require familiarity with the nature of Uber's operations and scale.

In each of the aforementioned interview questions, understanding key Uber metrics helps tremendously.

For example, if you didn't know that Uber was doing roughly 20M rides daily, it would be. tough to sanity check an estimate of daily rides in Asia! Similarly, if you didn't know Uber netted ~$2 in revenue per ride, you'd have no context to understand whether a 10% increase meant driving a $0.20 or a $2.00 per ride increase.

First, let's start by setting context and reviewing how Uber has grown over the past decade.

In terms of product launches, one key thing jumps out: the first five years were almost exclusively focused on launching and scaling the original Uber service (what's now called Uber Black), with the 2nd key launch of Uber X coming only at the tail end of this period.

On the regional expansion front, the picture is inverted. Uber expanded aggressively in the early years, going from US only in it's first year live to operating in North America, Europe, Asia and India just three years later.

Gross bookings represents the total dollar value that Uber charged its customers (e.g., sum up all the ride bills). Net revenue is Uber's final cut of that after the partner's share (the driver) is removed, along with promotions, incentives and refunds. 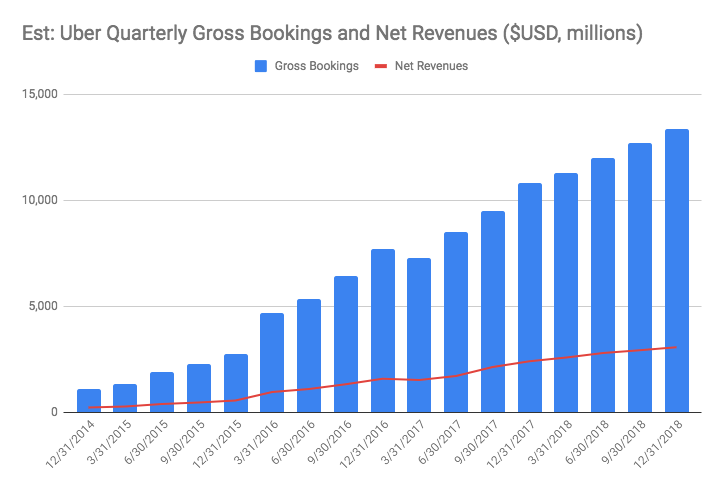 Got an Uber interview?

"RocketBlocks was a perfect interview tool during hectic recruiting seasons. I could quickly do it for 20-30 mins between my prep or if I had more time I could deep dive into some of the larger exercises. It does a great job throughout." - Anirudha Nandi, Uber APM, Ivey HBA Grad

This gives us a sense of consumer demand for Uber's core product and, importantly, their ability to fulfill that demand successfully.

To do this, we look at the series of ride milestones (both daily and cumulative) Uber has announced over the years. For example, in Q4 2014, they annoucned they hit 1M rides per day and, in Q2 2017, they annoucned a cumulative 5B rides completed. Using all the pubic announcements, one can triangulate a growth curve of Uber rides per day over the last four years and look at the growth. 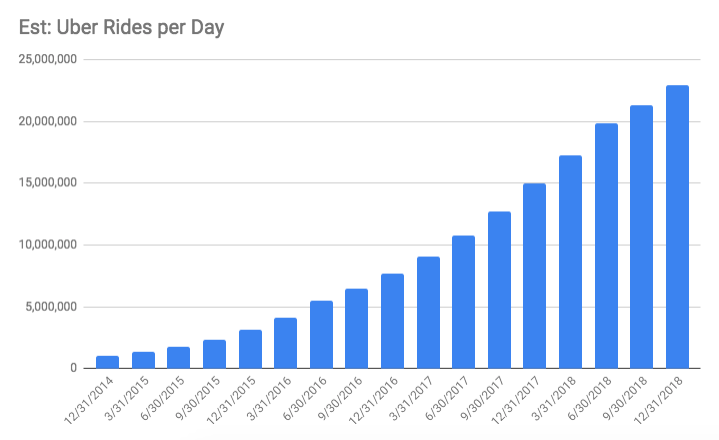 Now, let's look at the lever that turns bookings into revenue for Uber: the percentage of bookings that goes to drivers.

Here, we're looking at actual data from leaked financials to the WSJ for a little over a year period, which shows what percentage of gross bookings was going to drivers. 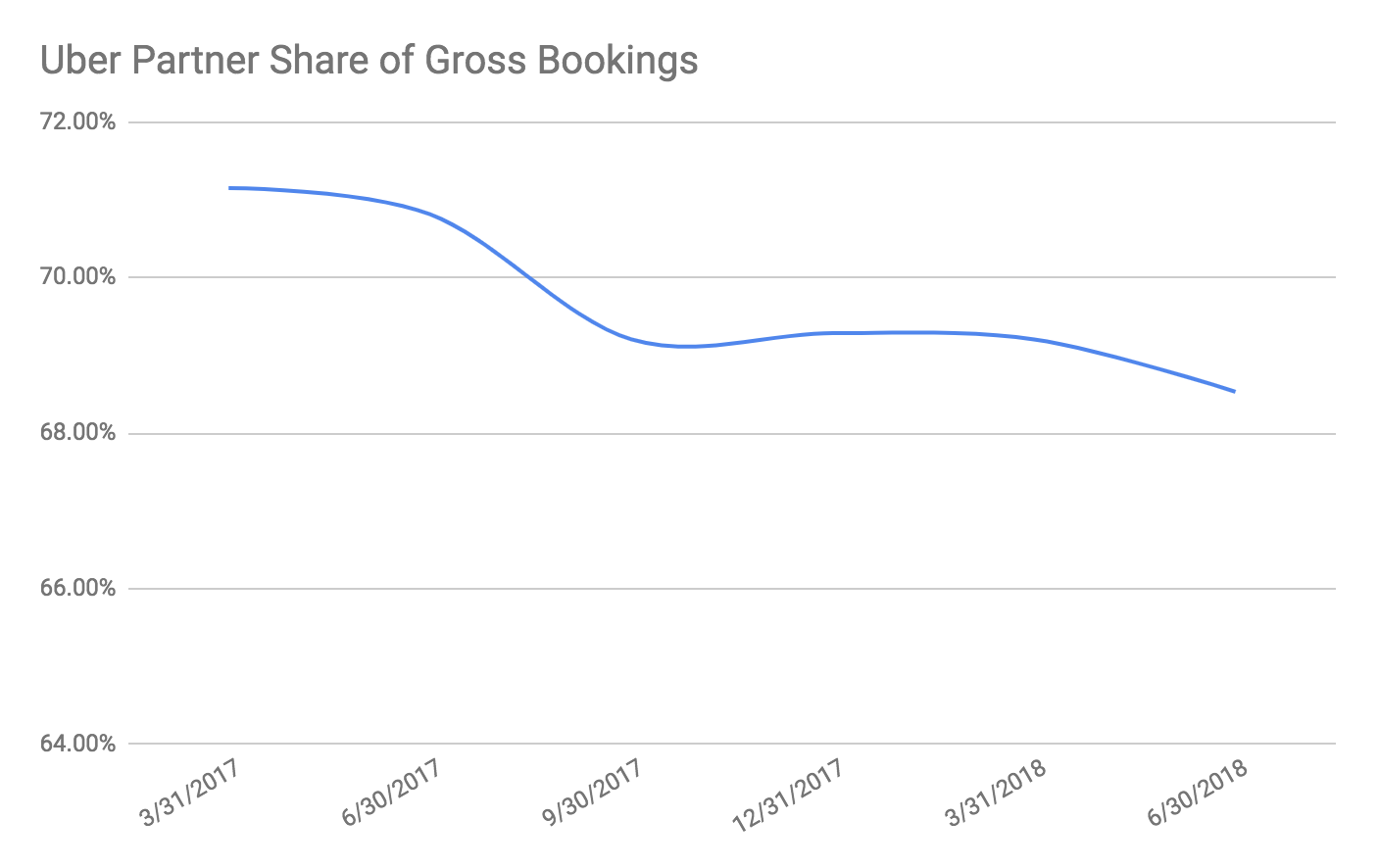 Given the high-scale business Uber is in, it's interesting to look at how much revenue they pull in per ride. Note that since the number of rides per day and net revenue are estimated, the following analysis serves only as directional guidance, not a precise forecast. 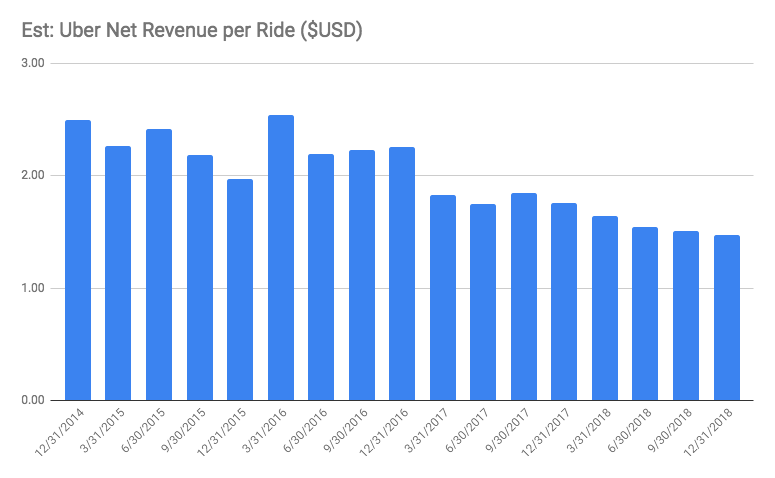 Key takeaways on revenue per ride

Finally, there is one last important topic: Uber EATS.

Reliable estimates are tough to find, but the few data points available suggest EATS is developing into a robust business for Uber.