The best tech company memos on products, strategy and culture

One of the best ways to learn about the high-level company and product strategy is to observe the actions of leading execs.

Since execution is messy and subject to many variables (e.g., a good strategy could be masked by terrible execution), it's even better to learn how leaders thought about and defined their strategy.

In 99% of the cases though, we don't have access to this confidential information. However, on occasions, documents leak, companies declassify important memos over time or investigations (e.g., DOJ with Microsoft), open these documents to public and provide a great learning opportunity. This post aims to take advantage of those cases by curating a list of influential internal memos and documents. 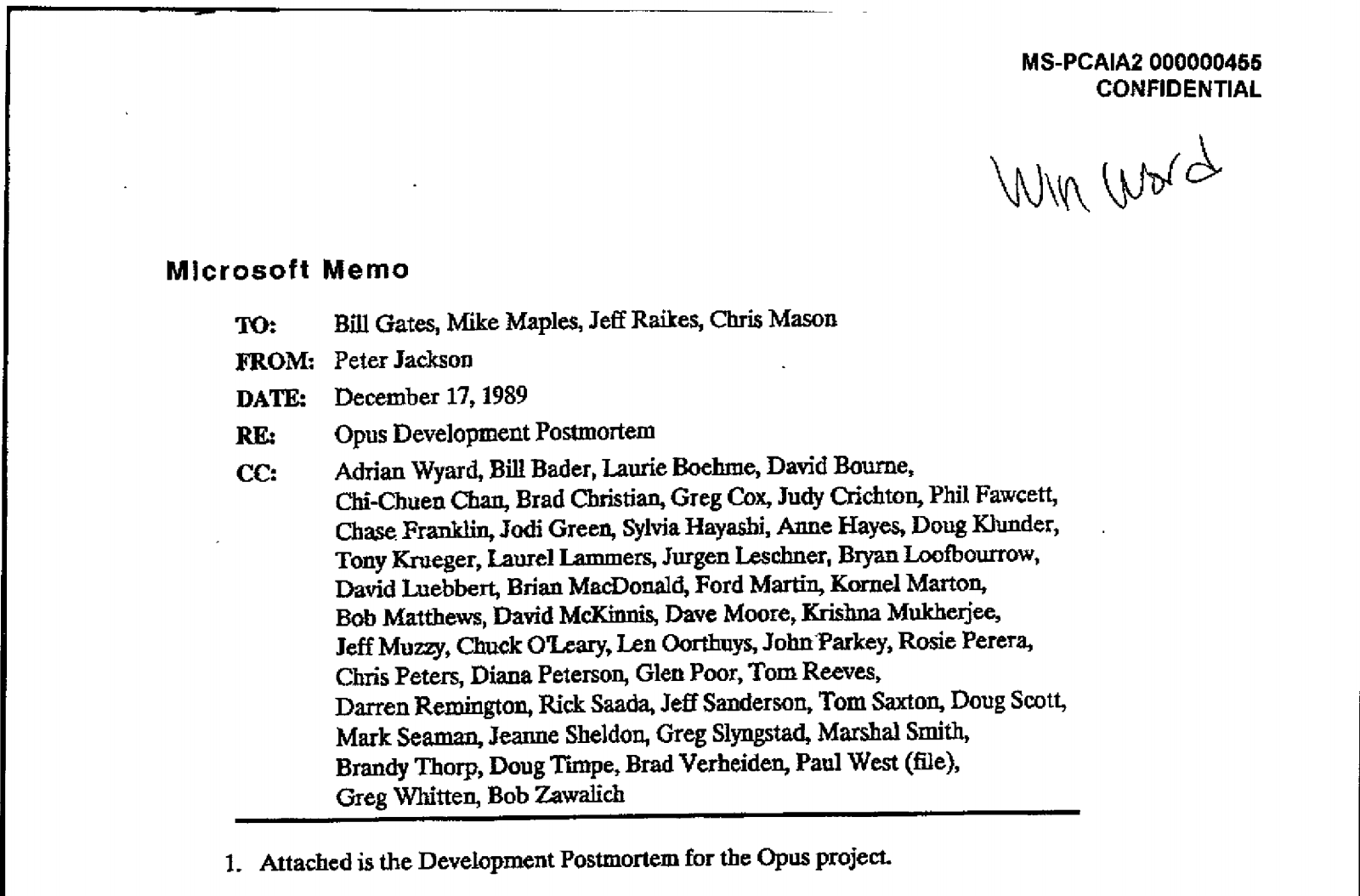 Our curated list of publicly available memos, documents and presentations is listed in reverse chronological order below.

Bosworth discusses Facebook's stance on political advertising and the relevant mile stones from the painful 2016 experience. Ultimately, he argues that Facebook should resist changing ad policies or behavior to prevent a Trump re-election, citing philosopher John Rawl's concept of the "veil of ignorance" - the idea that only moral way to decide something is to remove yourself from the specifics of any single person's involvement.Full document here.

Bosworth argues that the core functionality and purpose of Facebook is to connect people and that, regardless of the side effects however ugly they may be (e.g., terrorists using Facebook to coordinate an attack), the end goal of connecting more people across the world is worth it. As such, he points out that nothing has been more critical to acheiving that goal than growth features, even if those features are questionable, like address book importing.Full document here.

Zuckerberg on VR/AR as the platform of the future (Top)

Zuckerberg talks about VR and AR as the next critical platform and makes a case that Facebook needs to own two out of the three core components (e.g., hardware, killer app and OS). He argues that Facebook is hampered by only owning one component in mobile (e.g., a killer app) and is beholden to Apple and Google because they own hardware and OSes. He makes the case that investing billions is worth it because the stakes are high. Full document here.

Butterfield implores the team to develop their customer base by selling innovation, not a product. He argues that no one is looking for a next generation workplace, chat platform but rather businesses want things like "less email," being more efficient etc. The title comes an analogy to horseback riding: sell the dream of the open frontier, not a saddle. Full post here.

Jobs outlines the six core reasons why Flash is not allowed on iPhones. The core argument is that there other open standards like H.264, Flash has security, reliability and performance issues, it kills battery life and it's not natively designed for a touch interface. Lastly, Apple doesn't want a 3rd party layer of software between it and the developers. Full note here.

First published in 2009 by then Chief Talent Officer, Patty McCord, this is one of the classic culture documents. It highlights Netflix's focus on freedom, responsibility and creating a high-performance environment. Full original slide deck here and recently updated document here.

Essentially, Garlinghouse's memo argues that Yahoo has lost focus and decisiveness. He argues that the company is trying to be "everything to everyone" thus thinly spreading around its resources like peanut butter. To break the downward spiral, he argues the company needs to focus and restore accountability through a re-org. Full copy here.

An Owner's manual for Google, Larry and Sergey (Top)

This letter was written as a message to future owners on the eve of Google's IPO. It took inspiration from Warren Buffet's owner manual for Berkshire. It notes that Google is an unconventional company, will sacrifice short term results for the long term, will focus on serving end users and aim to make the world a better place. Full letter here.

This is Jeff Bezos' declaration that all groups at Amazon need to expose functionality via service interfaces. Put another way, it's a mandate that teams must build technology products as if they'll be accessible to outside developers in the future. Notably, he concludes with "Anyone that doesn't do this will be fired. Thanks and have a nice day!" Key bullet points here.

Bill Gates' on the coming "the internet tidal wave" (Top)

Gates says the internet will be a massive sea change, it should be the number one priority for the company and the internet features need to be baked into all product lines. He talks about the fundamental structure of internet, that consumer costs to access it will continue to decrease rapidly and that they'll face new competition. He calls out almost every major trend and threat Microsoft ends up facing over the next 20 years. Full note here.