Background | Purpose of test | What to expect | Preparation advice

If you've applied to BCG recently, or are considering it, you've probably heard something about their Pymetrics test. This is an online assessment that was developed by BCG and the company Pymetrics to provide BCG with another data point on candidates' potential fit. 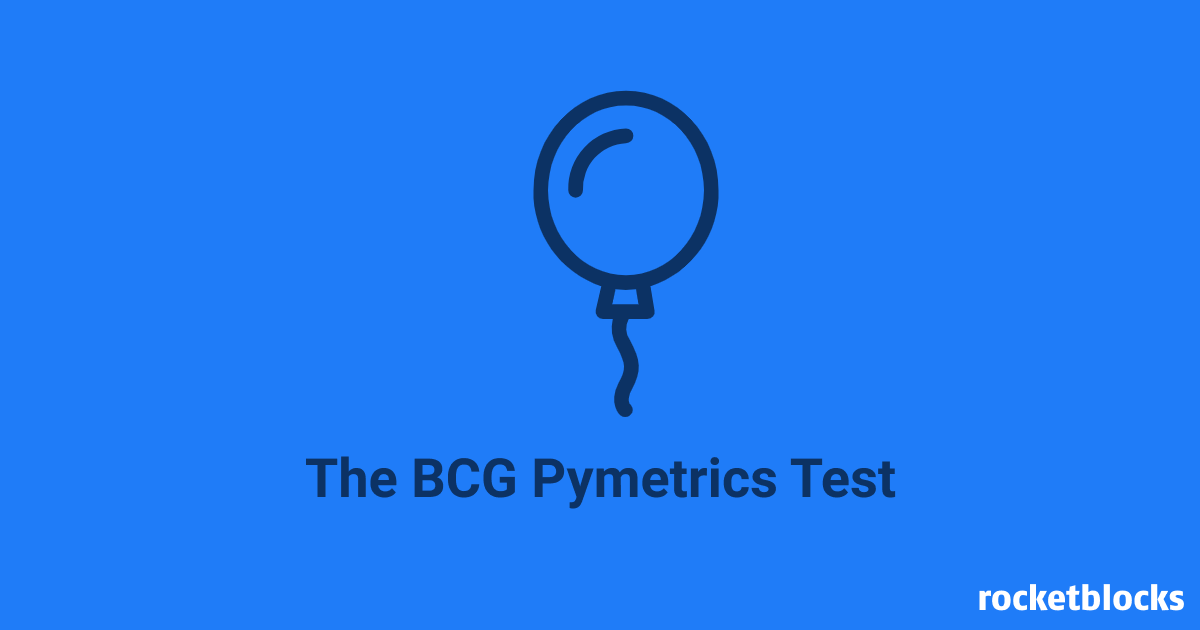 Given it's a relatively new tool BCG is still experimenting with, we wanted to shed a bit of light on the test and where it came from, so you know what to expect if you're asked to take it.

We'll cover the basics of BCG's Pymetrics test below, including:

Pymetrics is a startup based in NYC, which partnered with BCG to develop their Pymetrics assessment. Although the BCG version is their own proprietary product, a lot can be learned about the inner-workings of the assessment by reviewing how Pymetric's standard solution works, so we'll start there.

Pymetrics' talent acquisition product is an AI-based alternative assessment tool, which is designed to gauge a candidate's likelihood of succeeding at a specific company. The product consists of 12 patented games played over 25 minutes, which measure various emotional and cognitive attributes e.g. attention span, risk tolerance, or fairness. Pymetrics builds a profile of each individual that completes the assessment based on the way they play the games. Each candidate's profile is then compared to a benchmark data set. The results shared with the candidate after the test is completed look like this: 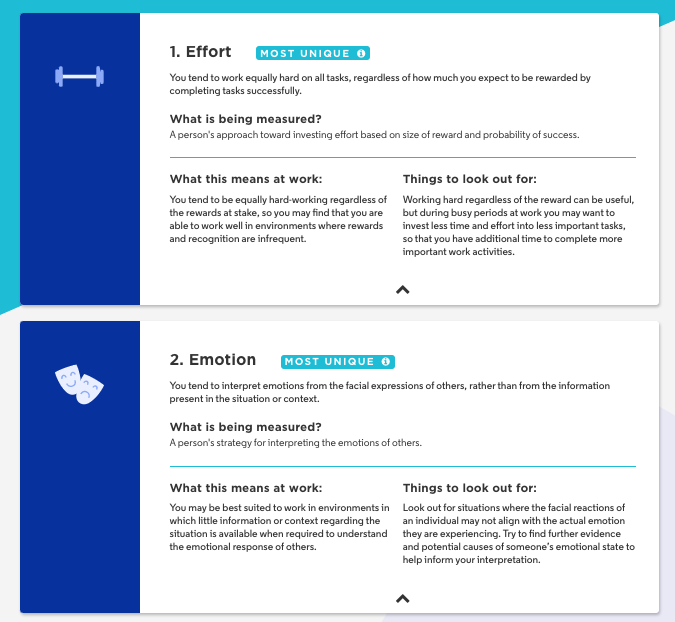 To build this benchmark dataset, the hiring company selects a large sample size of their top performers and has them play the games. The idea is the benchmark data will show which types of emotional attributes and cognitive behaviours tend to be correlated with success at the hiring company. By hiring for this same type of profile, the company will be increasing the odds that new employees will be successful.

One of the games included in Pymetric's product is a fairly straightforward one that's used to measure focus, impulsivity, and attention control. If you've ever taken an eye exam, you might have done something similar. The candidate is shown different images on the screen, including a red or green circle. Any time the red circle shows up, they're supposed to press the spacebar. That's it.

While simple, it's clear how this type of exercise can be used to gauge something like impulsivity - the more you hit the spacebar on a green circle, the more impulsive you are, and vice-versa. It's important to realize that in a game like this, there is no right or wrong answer.

There's no positive or negative type of performance, the only relevant factor is how your performance compares to the benchmark dataset that the hiring company has created. So, if successful employees at your target company tend to be very impulsive, that is likely the same behaviour they will be looking to match when hiring.

Another mini-game seeks to measure risk-seeking and asks the player to pump up a balloon. Each pump makes the balloon worth $0.05 cents more. At any point, they can collect the money or keep pumping - but the risk is the balloon may pop and then be worth nothing. 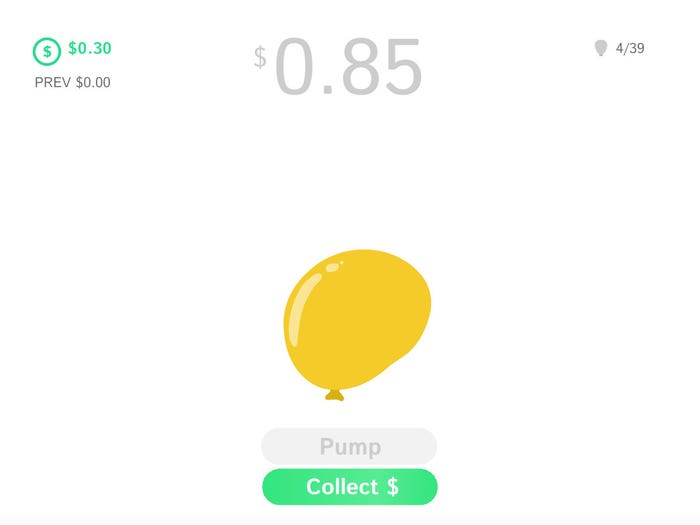 For example, McKinsey's digital game is testing for problem solving type skills in a non-business environment. It's evaluating candidates on the process they employ when solving a problem as well as the answer they come to. In this sense, there is a right vs. wrong way to take the test. As we mentioned earlier, BCG's Pymetrics test does not have this type of right vs. wrong as they're evaluating your behavior rather than your intellectual approach.

McKinsey's problem solving test (PST) is a multiple choice test that's designed to provide an objective measure of a candidate's quantitative skills and critical thinking. BCG's Potential Test is a case-based assessment that evaluates logical reasoning, data interpretation, and math skills. Again, these are both assessments with very distinct right and wrong answers that you can prepare for.

Got a BCG interview?

"RocketBlocks was a key component of my success in securing consulting offers from the top 3 consulting firms. I can't recommend its tools enough." -- David Dance, BCG Project Leader

The purpose of the test

There are several reasons BCG may have decided to add the Pymetrics test to their recruiting process. Some of these reasons are more strategic and others are more practical.

To recruit a variety of personalities: BCG believes there are 5 approaches to strategy, each of which could be the correct approach depending on the external environment. Through research with Pymetrics, they have determined there are 5 unique emotional and cognitive profiles, which are correlated to the successful implementation of each of the 5 types of strategies.

For example, an individual that excels in 'visionary' strategy, such as a startup founder, has different emotional and cognitive behaviors e.g. higher risk tolerance, than someone that excels in 'classical' strategy. BCG is likely aiming to recruit a mixture of different strategic profiles, so they can build teams with the right profile for different types of cases and environments. The Pymetrics test gives them a tool to recruit to these profiles in a methodical way.

To increase employee retention: while the efficacy of this reason is likely still being determined, the thought is that if BCG hires someone whose results are similar to their high performer benchmark dataset, that hire will be successful at the firm, feel well-placed, and be less likely to leave to pursue a different career.

It's economical: Implementing an online assessment that candidates can complete on their own time is a cost effective way to evaluate a large population of candidates in a short time. Furthermore, results are collected, analyzed, and shared with BCG through the Pymetrics tool, which minimizes additional legwork needed from recruiting.

So, what can you expect from BCG's Pymetrics Test? You'll likely be asked to take the Pymetrics assessment after submitting an application, but before being invited for an interview. When you're ready to start the online assessment, you'll have around 25 minutes to complete 12 short games. Each game will take 1-3 minutes to complete.

As we've mentioned, there aren't specific techniques to prepare for these types of games, as there aren't right or wrong ways to play. It would be like trying to prepare for a personality test - the purpose is to go in blind and show your authentic self.

Instead, we recommend you follow the suggestions below and put your faith in BCG's recruiting department - if you have a stellar resume and have done your networking, it's highly unlikely a 'unique' profile would deter them from interviewing you.

One final piece of advice: since you can't really prepare for the Pymetrics test, don't devote too much time to it.

Instead, take care of the simple items above, but then spend the majority of your time working on the skills you can improve and know will be tested in the rest of the interview process. This is where you can really make an improvement and stand out from the crowd.